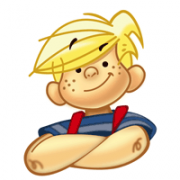 Once upon a time, a scientist named B.F. Skinner was playing with rats and pigeons. He had this idea, that all behavior had to do with consequences. Wait! This story gets better. Mr. Skinner invented a fancy box for the animals. The box had levers, lights, loudspeakers, food–the works. The box’s floor was an electrical grid. After a series of experiments, the animals did what Mr. Skinner wanted them to do (like press the levers) when they were rewarded. If the animals did something wrong, the poor little guys got electricuted. The animals learned, over time, to do the “right” thing and to avoid doing the “wrong” thing. And everyone lived…happily?…ever after.

Understanding Skinner’s work can save you hundreds of dollars in child therapy. If you want your kid to behave, then use consequences.

This is SUPER important: ld  When you reward a desired behavior, they’ll do it more. Punishing a bad behavior works, but not as well as rewarding a good behavior.

So what’s a reward? Giving them something they actually want, or removing something they don’t want. Rewards are as unique and individual as your child, but most kids feel rewarded by: more leisure time, less chores, more freedom, less demands, more praise, less criticism, and so on. If you reward kids consistently, their behavior will get better. Also-once in a while-going above and beyond with rewards works too.

It’s pretty common, after a few sessions with a therapist, that parents are given instructions on how to use a behavior chart at home. (Thank goodness no one recommends Mr. Skinner’s electrical box.) Behavior charts can be very simple or pretty complex. Start with a simple one. You can do this with your child. Decide how many behaviors your child will work on. Kids ages 2-5 should have only about 4 chart behaviors. Kids ages 6-10 can have 8 chart behaviors. The limit for older kids should be 10 chart behaviors. The behaviors should be specific, but simply stated. For example, “If I use it, I clean it.”

Get a piece of posterboard. Make 8 columns from top to bottom. Leave the leftmost column blank. In the second column, at the top, write “Monday.” Moving left to right, write the remaining days of the week-one in each column. Leaving room at the bottom of the page, make as many rows (lines from left to right, under the days of the week) as you need for the chart behaviors. Write each behavior in the leftmost column, one per row.

At the bottom of the chart, write the exchange rate. How many daily stickers does your child need to get the reward? To start, shoot for about 80%. Same for the weekly stickers reward. Then, as behavior improves, make the ratio of behaviors-to-rewards higher, so that the child will eventually need 100% stickers to get rewards.

What’s the deal with the stickers? Once a day (about 2 hours before bedtime), you and your child will review the behavior chart and discuss how he did. He gets a sticker in the day’s chart behavior, only if he did it. He does not get a sticker if he did not do the behavior. Apply or withhold the reward as appropriate.

A behavior chart should be used consistently for about 3 weeks, before you can determine if it’s effective or not. Use Mr. Skinner’s research to mindfully reward your little rats and pigeons! This stuff really works.

Self-Esteem (“I got this, Mom”)
Scroll to top