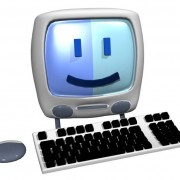 A common ADHD treatment is stimulant medication. Methylphenidate is popular, with trade names of Ritalin, Concerta, Daytrana, and Metadate. An amphetamine salt (trade name Adderall) is also used quite a bit.

Dosages are typically prescribed based on a child’s size. It is not uncommon for these dosages to be too high. Parents may notice a trade-off in symptoms, for example, when their child’s attention is improved but he is more physically agitated. This is one clue that the dosage may not be appropriate. Or, an “over-medicated” child might be sluggish, less creative, and (while medications are active in his system) lose his spunky personality. In other words, too much medication can smother the best parts of ADHD.

But, there is a better way to determine if a stimulant medication is effective. It’s called the Test of Variables of Attention (TOVA). It’s simple, short (about 20 minutes), and accurate. This test can be repeated time and again. A recommended use of TOVA is to compare a child’s “baseline” (performance without medication) against a medication trial. For example, baseline results can be compared for how a child does with 5mg methylphenidate. Since results are ready as soon as the test is finished, physicians and parents have real-time information to consider dosage or prescription adjustments.

A common finding from the TOVA test is that dosages are too high–meaning that unnecessary side effects can be reduced with the lessening of medication, while positive effects can remain. Test results can be very helpful for prescribing doctors. They also give parents clear directions on next steps in treatment and help with peace of mind.

The TOVA is also used as a standard part of ADHD assessments. From 2003 to 2007, there was a 22% increase in kids with parent-reported ADHD, according to the CDC. Research continues to find higher rates of ADHD. There is no single cause of ADHD, but some factors are known to contribute to it. 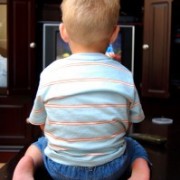 Mental health professionals have long urged parents to limit kids’ TV time. Excessive TV watching has been linked to ADHD symptoms, and other concerns. Now, the American Academy of Pediatrics has recommended even stricter measures on TV. As in, no TV for children two years old or younger. Young children who watch TV have higher chances of developing sleep problems and speech delays. Beyond the speed of the frames (which seem to train young brains to attend only to super-fast stimuli), the content of programs is impossible for most babies to understand. In fact, according to Rachel Rettner’s new article, studies have shown that 18-month-olds “have the same reaction to a TV program regardless of whether it’s going forward or backward.” Yes parents, this would even be true for “educational programs” like Sesame Street. Likewise, the Baby Einstein shows have not been shown to help IQ.

What’s more, toddlers who watch TV  miss out on an ultra-serious, critical event: play! Good, old-fashioned play is the developmental task for small children. It helps them build interpersonal skills, problem-solving techniques, and enhances creativity. Even having TV on “in the background” appears to have negative effects on children. Parents who watch TV while young children are around don’t interact with children as often. Solid development in speech, social skills, and emotion regulation happens when children engage in real-life dialogue with people around them. Play-dates, sports, clubs, social activities, and especially one-to-one time with parents are the best ways for children to learn and grow, and to develop into smart, effective, and well-adjusted adults. 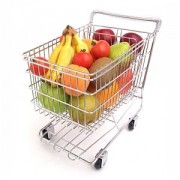 The “organic movement” has roots (pardon the pun) in studies about harmful effects of pesticides. Pesticides Linked to ADHD Symptoms. A new study (conducted by Canadian researchers used data collected from nearly 1,140 children participating in the United States Centers for Disease Control and Prevention’s National Health and Nutrition Examination Survey) suggests more bad news about pesticides. There seems to be a link between level of exposure to pesticides and the development of ADHD symptoms. This MSN Childhood Health article (by Leah Zerbe Rodale) states that “this study is the first to look at everyday exposure levels in children from around the country. And as it turns out, U.S. kids are exposed to harmful levels of pesticides in their food, day in and day out.” The take-home message is: avoid using pesticides around your own lawn, and–if possible–try to buy organic foods. 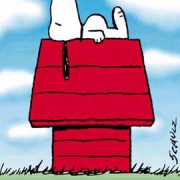 Sleep is an integral part of children’s health. Amazing things happen while they sleep, including bursts in physical growth and solidification of learning. Studies show that a good night’s sleep helps buoy moods, improve cognitive performance, and build the body’s resilience against illness and accidents. Problems with sleep are parts of major mental illnesses, including mood disorders. Some scientists suggest that depression is linked to prolonged REM sleep. There is also a growing body of evidence suggesting that ADHD may stem from “a sleepy brain.” Specialists have said that as many as 40% of children who meet the diagnostic criteria for ADHD also meet criteria for a sleep disorder.

Good sleep hygiene is a must. It is also the first place to start when you notice patterns of childhood misbehavior or under-performance. Sleep hygiene includes: 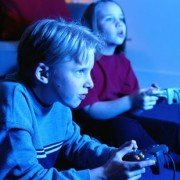 Today’s parents are usually good at monitoring the content of TV and video games, ensuring that children are not exposed to violence, sexuality, and other adult themes. However, in many households, children may spend hours each day watching TV and playing video games. There is solid evidence that too much TV and video games increase the likelihood of a child developing problems with attention. A good rule of thumb for TV/video game usage is less than 2 hours daily, the less the better.

Limiting time spent with TV and video games is especially important for very young children. According to Dimitri Christakis, MD, MPH, Director of the Child Health Institute and author of The Elephant in the Living Room: Make Television Work For Your Kids, children as young as a few months old are watching too much TV, and may be developing permanent attention problems. In an article on education.com, author Rose Garrett writes, “For every hour of television toddlers watch a day, they are ten percent more likely to develop attention problems at school,” according to Dr. Christakis.

What’s more, according to a recent study about children who watched who watched more than 2 hours of TV per week 40% more likely to have symptoms of ADHD in adolescence than children who watched less TV. The problem is the speed of the frames. Fast-paced electronic media seem to train children’s brains to attend only to faced-paced stimulation (e.g., the opposite of a teacher at a whiteboard). Click for video game and TV time recommendations.

I like this MSN Health article by Rich Maloof: It nicely summarizes medical research and recommendations about TV & ADHD. 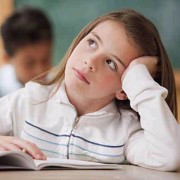 Attention-Deficit/Hyperactivity Disorder (ADHD) includes styles of thinking, feeling, and behavior that can interfere with a child’s ability to do well at home, with friends, and at school. Children with ADHD usually have a poor sense of time, are hyperactive, disorganized, impulsive, forgetful, and do not like to do things that require sustained mental effort (such as homework). For these and other ADHD problems, there are evidence-based assessments, treatments, and strategies that can help improve functioning dramatically. These are good things about having ADHD—the available aids.

But the best parts of ADHD are these: